I wrote a poem earlier this summer called My Staycation. It says:

‘As I watch others run to and fro,
I just sit here in quiet and know,

That in Christ’s presence, I am free.
So, I slow down, develop and be.

I seek all that He would have me do,
I sincerely listen and pursue.

Both His statutes and mission for me,
I delve deeply so that I may see.’

So far, I have spent some mornings sitting by the lake while sipping coffee and jotting down my early thoughts. At home, I continued deep breathing exercises and practiced some of my Yoga moves to enhance feelings of being grounded and centered. Deep breathing exercises remind me of Thich Nhat Hanh’s book title, “Breathe! You are alive! “

Also, muting the talk shows and limiting the news have left me feeling less anxious. I have found a form of relaxing through a Word Find website. I find it rewarding as I add new words to my vocabulary, and I time myself to see how I am doing.

I saw the biopic of Elton John’s life called Rocketman at the movies. It was informative and as I wrote a movie review, I listened to his songs on You Tube. I felt his presence through his lyrics and the good memories rushed back in like a tidal wave.

But my mainstay has been reading. Francis Bacon reminds us that, “Reading makes full man; conference a ready man and writing an exact man.” Thus far, I have digested eleven books and reviewed them on both Amazon and Goodreads.

From the Victorian Era, I read Cranford by Elizabeth Gaskell; Sister Carrie by Theodore Dreiser and The Bostonians by Henry James. They were interesting stories and I noted the various writing styles, learned new vocabulary and further understood why they are called great writers by the scholars.

On the British front, I read Constance: The Tragic and Scandalous Life of Mrs. Oscar Wilde by Franny Moyle; Hope by Terry Tyler and Lipstick by Peter Davey. The first title pretty much describes this little-known historic figure and the latter two are by current UK authors who I met on Twitter.

Back stateside, I read Clock Dance by Anne Tyler and spent time catching on Alice Walker’s later works. I have read most of her books over the years. Absolute Trust in the Goodness of the Earth and Hard Times Require Furious Dancing are collections of poetry. I took a host of notes to commit her spewing wisdom to memory. The Cushion in the Road and We are the Ones We Have Been Waiting For both encase her global speeches on a variety of topics.

It is the last weekend in July though the summer is not quite over. Those school bells will soon be ringing signaling summer’s end. But until then, there is still time to add on more memorable moments of this summer’s joy!

Before losing my precious items that were in a storage facility, I had many of my literature books from my college days.  As an English major, they meant a lot to me. They went wherever I went and lined my bookshelves at every dwelling. They seemed to patiently wait for my full attention.

But time ran out and the Universe chose to relieve me of them in circumstances that were beyond my control.  Yet, I have a photographic memory of how the books looked as they lined my shelves. I had always intended to read each one in its entirety.

During my college days, I had a full class load, worked almost full-time as a cashier at A& P and added some semblance of a social life to the formula.  There was little time for in-depth reading, so  many of us found short-cuts through both student collaborations and using the ever-trusty Cliff Notes as we muddled through those essays and exams.

I can still see my Emily Dickinson book with its pink and white cover and my Walt Whitman poetry collection with its green and white cover.  I had other titles such as Henry James’ Daisy Miller and Frank Norris’ The Octopus along with my beloved anthologies of both American and English Literature.

So, now that I have a reprieve, I am taking the time to play catch-up.  I am paying my debt to the literary Universe by truly reading and digesting the great works of those assigned authors from long ago.  Maturity and life experiences are now on my side as I seek to understand why these books were on the syllabus.

On the American front, I have had the pleasure of delving deep into Emily Dickinson’s poems and even visited her home in Amherst.  Walt Whitman’s Leaves of Grass immediately touched me, so no dues are needed there.  But recently, I truly enjoyed The Pit by Frank Norris which is about the financial district of Chicago around the turn into the 20th century.  I am still reflecting on that book!

On the British front, I have read Fanny Burney’s Evelina.  She was the forerunner of Jane Austen and many of Austen’s plots and characters mirror Burney’s choices.

Elizabeth Gaskell’s Wives and Daughters and Cranford offered insight into Victorian life and she was a friend to Charlotte Bronte.  Bronte’s father even asked Gaskell to write Charlotte’s biography.  What an honor!

I am currently reading the digital format of Theodore Dreiser’s Sister Carrie.  Again, it takes place in Chicago at the turn into the 20th century.  The lure and trappings of the big city have Carrie, a young Wisconsin woman, making some rash decisions.  Will she come out okay as she shuffles between her two suitors? Who knows?  I will just have to keep scrolling forward as the plot truly thickens while I play catch up on a few more classics! 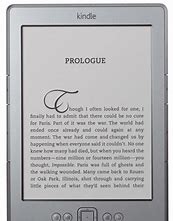 I regularly receive an Early Bird Books list in my emails.  Oftentimes at the bottom, there is a free book that I can immediately download and have sent to my device.  Who would not act on this and have a host of free books sitting in the cache?

I enjoy reading both hard copy books and books on my Amazon Fire.  If I don’t have a book in hand that seems to be calling my name, then I simply check my e-library and see which author is beckoning me.  I enjoy studying different authors’ writing styles and I certainly learn a lot about how they saw what was happening during their lifetimes.

The list of books always includes a short synopsis, and this helps me to decide if I am interested.  If a well-known writer’s work is there, I normally download it.  I remember some of the famous names from my college days, but I was too immature to appreciate the depth of their messages.

I recently read The Narrative of Sojourner Truth. Her friend Olive Gilbert told Truth’s story as it was narrated to her.  I also read the Narrative of the Life of Frederick Douglass with introductions by William Lloyd Garrison and Wendell Phillips. Douglass tells his own story from his childhood to his escape from slavery.  He wrote his account from Lynn, Massachusetts in 1845, many years before his death.

Here is a list of some of my other free art:

The Lady with the Dog and Other Stories – Anton Chekov

The Turn of the Screw– Henry James

Each book changed me in some way.  Each book transported me to another location and setting.  Each book offered me new ways of seeing life.  Each book was free, eternal and waiting for me to scroll to the beginning and feast on a new adventure!

During these trying times, one of the best ways to stay above the fray is to read a good book!  Reading is a way to escape the brittle predicaments that gloom our horizons and keep us feeling off-base.  It’s a way to pack away our own concerns and see what is going on in someone else’s life without engaging in petty gossip.  It’s a safe get-a-way.

Art forms have been known to give hope and creative outlets to many people during wars and times of political struggles and uncertainty.  The movie reels of the 20’s and 40’s sustained the American public when their stomachs were beginning to growl and their outlooks were dimmed by the dire circumstances of the day.

So, if we find ourselves trying to hold on and tighten our grip, we can choose to crawl into the rabbit hole like Alice in Wonderland. We can create our own adventure by picking up a book and see what is happening with the characters inside of the covers. Every book shows us something new and opens the doors to greater insight into some aspect of life itself.

I recently read the British writer Joss Sheldon’s Individutopia.  It shows us what the world of the selfie will look like 50 years from now and makes us think about where we might be headed as a society.  Then, I took an excursion into the life of The Dubliners and walked through 15 stories of everyday Irish life with James Joyce.

Last night, as I too waited for the storm to pass over, I cracked open Gloria Swanson’s Swanson on Swanson.  I stayed up late and thought, “Oh my!”  She tells her own story and as I digested the first serving, I was reminded that we all have our crosses to bear.

So, when picking up the groceries for that next meal, swing by the library or bookstore and get the dessert by getting a book.  Then, after clearing away the dishes, feast on some fruitful food for thought!

I’m simply curious!  These are some of my reasons for reading others’ works:

On rare occasions, I will read a book that is wildly popular but I do not choose books from the Bestsellers’ List.  However, I read The Hillbilly Elegy by J.D. Vance during the Fourth of July weekend. When I posted my online review, I could not believe the huge number of people who were also posting their opinions about the book at that same time.

I normally choose random books which some may consider to be ‘off the beaten path.’  I  find my treasures either on the public library’s New Book Shelf or from a used bookstore.  Yet, every book I read impacts me in some way.

Some aperture is opened. Some new slant is gained and some veil is pierced after completing each book or story.  Oodles of enlightenment rain down because every work somehow changes me as it opens up new worlds of thought and wider points of view.

Charles de Gaulle said, “Don’t ask me who’s influenced me.  A lion is made up of the lambs he’s digested and I’ve been reading all of my life.”

So writers, I ask, “What do you gain from reading others’ books?”